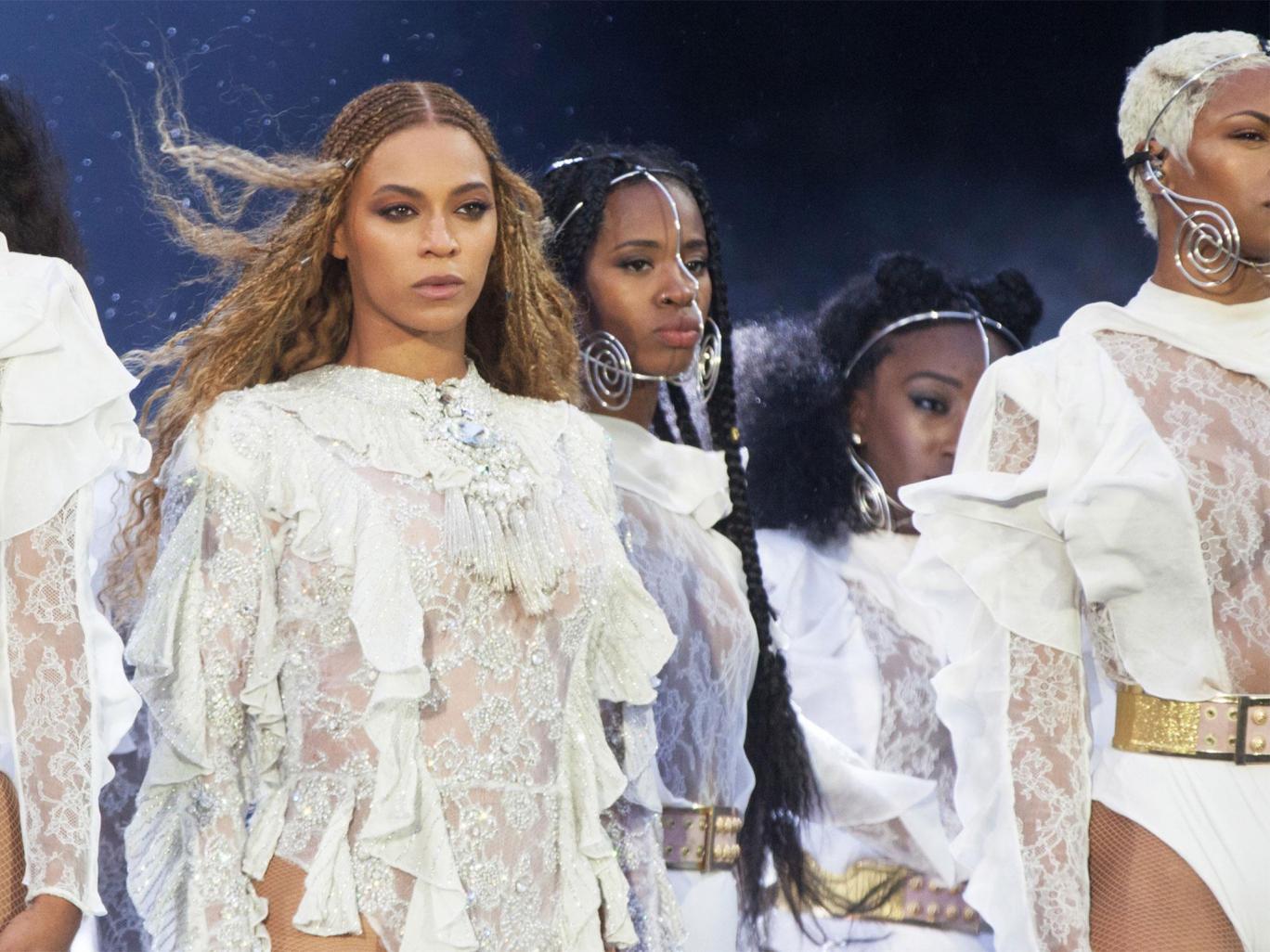 It’s a grey night in Brexit Central as Beyoncé begins her European tour. Sunderland’s football stadium is anyway a happy, welcoming place for a woman whose sixth solo album has raised her artistic game. Rough times with apparently errant husband Jay Z were ruthlessly converted into artistic opportunity on Lemonade, which treats Big Dog Jay Z as a stray dog she drags to heal. Beyoncé has asserted herself as the dominant creative partner. She now calls the tune.

And, by bringing in Jack White to collaborate over a Led Zeppelin sample, and duetting on the same album with James Blake over his chilly electronica, pop’s reigning queen has remembered how resonant and stimulating that kingdom can be.

The last time I saw her, she was swinging past me on some sort of trapeze in Birmingham. The spectacle this time is along Stanley Kubrick lines, as a giant blank cube starts to pulse, flickering to show Beyoncé as a red-lit, writhing, giantess. She was always the literal embodiment of her own kind of feminism, a physically remarkable, powerful woman who stared down the male gaze. Tonight, her image is all kinds of superhuman.

The music, too, has the cybernetic thrill of recent R&B – metallic future music, letting her hoover up rap, reggae toasting and straight dance music. “Hold Up”, by contrast, uses the lilting Sixties melody of “Can’t Get Used to Losing You” for surging soul uplift, as Beyoncé leads her troupe of dancers storming down the gantry to a mid-stadium stage. The Doors’ Vietnam-era provocation “Five to One” (also a Jay Z favourite) is deployed very differently, rock’s aggressive Sixties potency ramping up the cold rage of “Ring the Alarm” at another woman she’s sniffed in her husband’s bed.

“Me, Myself and I”, from her solo career’s start, half-avoids over-emoting Whitneyisms by gospel power with roots in her old Texan church. Those roots are even clearer when, in a move at odds with the shock and awe elsewhere, Beyoncé sings “Why Don’t You Love Me” a cappella, her voice natural and free in a way stadium regimentation normally precludes. Leading her fans in a fervent call and response, it’s a movingly simple display of star power, and musical community.